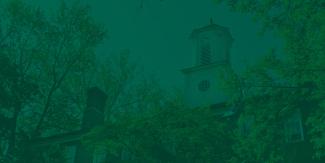 The Fund for OHIO
Supporting Ohio University’s mission and giving the flexibility to aid in the daring pursuit of programs, initiatives, and causes that will carry OHIO into its next century.

The Fund for OHIO

As the state’s first and finest, Ohio University knows something about tradition. It’s what comes after 215 years of passion, courage, and perseverance in upholding the values of our founders, who sought to provide an opportunity in the new Northwest Territory for those who were insistent in their pursuit of an education. It’s what comes in the legacy of our alumni, including John Templeton – only the fourth African American man to graduate from college in the United States, decades before the War Between the States had even begun. It’s what comes when today’s students, through their notable scholarly activity, exemplary artistry, commitment to service, and passion for their University, make their mark on the history of this singular place.

But Ohio University refuses to rest on its laurels.

We’re too busy preparing students to address changes that do not exist and to solve problems that are still unknown, using technology yet to be discovered. In our global society, there’s no room for a university to dwell on the past. Those who have walked our bricks know: Charting a new path isn’t for those who stick to the sidelines.

As a University, we are committed to our community, dedicated to making progress in the areas of teaching, research and creative activity, sustainability, connectivity, innovation, entrepreneurship, and service to our global society.

We are a catalyst for change. A champion of compassion and inclusion. An advocate for access to higher education and intellectual growth, and a refuge for those who seek knowledge and a greater understanding of our world.

There is a way to support these efforts: The Fund for OHIO.

Those who choose to support The Fund for OHIO walk in the footsteps of Ohio University’s past while allowing it to forge ahead into the future. They are bold; their belief in this University, its mission, and its people, is unwavering.

A gift to The Fund for OHIO supports the mission of Ohio University, aiding in the daring pursuit of programs, initiatives, and causes that will carry OHIO into its next century while strengthening its tradition as Ohio’s first and finest.

Give Now to The Fund for OHIO

The Fund for OHIO